Affiliate disclosure: As an Amazon Associate, we may earn commissions from qualifying purchases from Amazon.com in addition to other online retailers. This means if you click on the link and purchase the item, I will receive an affiliate commission at no extra cost to you. All opinions remain my own. You can learn more about our editorial policies here.
Spread the love

There are many potential benefits of Turkish coffee to consider. It is a type of unfiltered coffee made with a unique process. The beans are roasted longer, which intensifies their flavor and makes the caffeine stronger than most other coffees. It’s this intense flavor and high concentration of caffeine that make Turkish coffee attractive to many people around the world, who believe that it has health benefits.

What is Turkish coffee?

Turkish coffee has been consumed in Europe for centuries, but it is relatively new to North America. It is a thick, rich coffee that is made with a finely ground coffee and a large amount of water. Due to the unique way it is made, it contains higher caffeine than a regular cup of coffee.

The process is also unique. The beans are usually roasted longer and then ground very finely, which intensifies the flavor and makes the caffeine stronger than most other coffees. The coffee is made in an cezve or ibrik, which is an open pot with a long handle. It’s poured into tiny demitasse cups, served with sugar cubes and sometimes bitters or cardamon. If you are new to this, you are in luck as we have an entire post on how to make Turkish coffee at home. 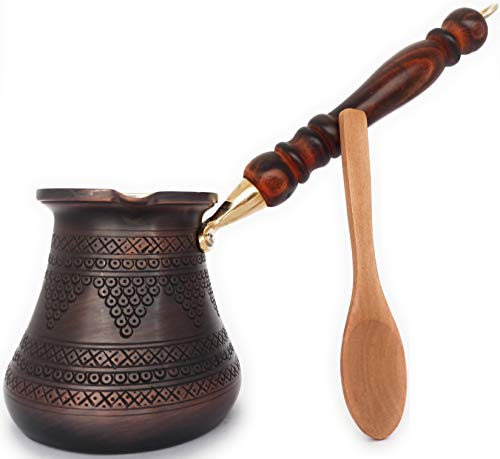 The coffee is traditionally served in a small cup with a handle to prevent it from spilling. It is also served well-chilled, which allows the flavors to develop.

What are the unique potential health benefits of Turkish coffee?

Turkish coffee has a lot going for it and here are the top potential benefits and reasons to try Turkish coffee.

1. It May Enhance Your Athletic Performance

Caffeine is a well-studied, natural stimulant that can boost athletic and mental performance.

Turkish coffee provides a highly concentrated dose of caffeine that may be particularly beneficial to athletes.

3. Can Result in Fewer Gallstones

A study done on Turkish coffee consumption has shown that it can help prevent gallstones. According to the new study, men who consume two to three cups of coffee daily are 4 percent less likely to get gallstones than those who don’t, and men who drink four or more cups a day are 45 percent less likely (source). 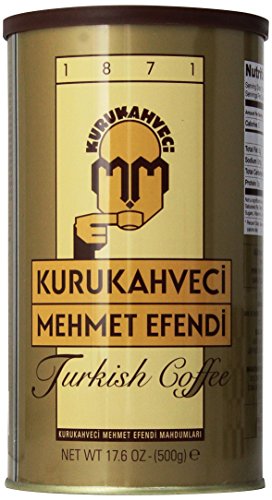 Gallstones are some of the most common types of gallstones, and they are caused by excessive bile buildup in the gallbladder. Gallstones can cause several issues, and typically cause pain in the abdominal area. Gallstones are also associated with other issues, like pancreatitis and (rarely) bowel obstruction.

Cardamom, a flavorful spice that has been linked to numerous health benefits, is commonly included in Turkish coffee.

There are potent antioxidants in cardamom that can reduce inflammation and hence lessen the risk of chronic diseases. For example

TNF- (tumor necrosis factor) and interleukin-6 (interleukin 6) were found to be efficiently suppressed by cardamom extract in rats. 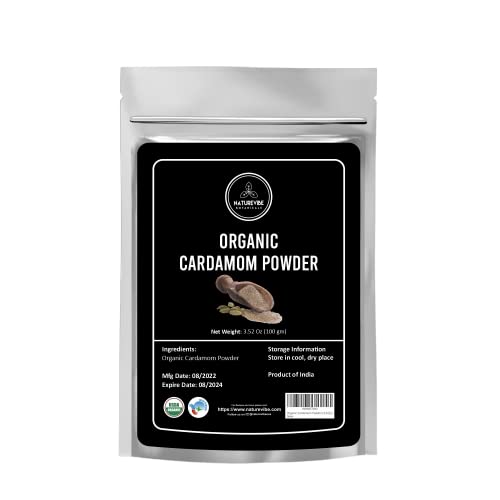 Cardamom essential oil has antimicrobial properties and has been shown in animal studies to help fight cancer.

5. May Protect Against Mental Decline

Certain neurological diseases, such as Alzheimer’s disease, may be prevented by drinking caffeinated coffee on a regular basis (source).

Over 29,000 persons in 11 research indicated that those who drank the most coffee were 27% less likely to suffer from Alzheimer’s disease.

Coffee consumption has been linked to a decreased risk of stroke, Parkinson’s disease, and dementia in other studies.

Potential Risks and Drawbacks of Trurkish

Turkish coffee has the potential to be extremely beneficial to one’s health, but it also has some potential downsides.

Sugar is frequently used as a sweetener, which can have a harmful effect on one’s health.

It’s not harmful to have a cup of sweetened coffee every now and then, but drinking sugary drinks on a daily basis raises your chances of obesity, high triglycerides, and diabetes type 2.

If you want to limit your intake of sugar, opt for unsweetened Turkish coffee or any coffee.

Sweeten your coffee without adding sugar with spices like cardamom and cinnamon, as well as sugar substitutes like stevia.

Turkish coffee’s high caffeine concentration may also be a drawback.

Caffeinated coffee may cause sleep disturbances, anxiety, and other negative effects in caffeine-sensitive individuals.

Caffeine can also cause an increase in blood pressure. As a result, this extra-strong variety of coffee may be best avoided by those with high blood pressure.

When looking at the potential benefits of Turkish coffee, the positives far outweigh the negatives when it comes to the health benefits of this unique coffee drink.

If you want to give it a try, try brewing at home and experiment with different blends you’d like to taste.

Besides traditional Turkish coffee, you can enjoy a mug of black coffee or espresso too depending on your preference. You can also add extra cardamom, cinnamon, or other natural spices for an even more flavorful cup. Most importantly, drink slowly so that the flavors have time to develop for maximum benefit.

Is It Safe to Eat Coffee Beans? Things to Know

How Much Creamer In Coffee? Guide For Savvy Drinkers

Is It Safe to Eat Coffee Beans? Things to Know

The AeroPress vs Moka Pot – A Comprehensive Comparison

How to Clean an Electric Tea Kettle – The Easy Way

How to Use A French Press

A bit about me. I am a coffee blogger based in Seattle, WA via Putnam, CT. I have been blogging about coffee for close to 10 years now and am still learning new tricks and tips. It is one super food I never tire of. At Ben's Beans you will find the best information on coffee beans, reviews of coffee makers and accessories along with guides for tea and delicious recipes.
Contact us: ben at bensbeans.com
© 2022 - Bensbeans.org
We use cookies on our website to give you the most relevant experience by remembering your preferences and repeat visits. By clicking “Accept”, you consent to the use of ALL the cookies.
Do not sell my personal information.
Cookie SettingsAccept
Manage consent

This website uses cookies to improve your experience while you navigate through the website. Out of these, the cookies that are categorized as necessary are stored on your browser as they are essential for the working of basic functionalities of the website. We also use third-party cookies that help us analyze and understand how you use this website. These cookies will be stored in your browser only with your consent. You also have the option to opt-out of these cookies. But opting out of some of these cookies may affect your browsing experience.
Necessary Always Enabled
Necessary cookies are absolutely essential for the website to function properly. These cookies ensure basic functionalities and security features of the website, anonymously.
Functional
Functional cookies help to perform certain functionalities like sharing the content of the website on social media platforms, collect feedbacks, and other third-party features.
Performance
Performance cookies are used to understand and analyze the key performance indexes of the website which helps in delivering a better user experience for the visitors.
Analytics
Analytical cookies are used to understand how visitors interact with the website. These cookies help provide information on metrics the number of visitors, bounce rate, traffic source, etc.
Advertisement
Advertisement cookies are used to provide visitors with relevant ads and marketing campaigns. These cookies track visitors across websites and collect information to provide customized ads.
Others
Other uncategorized cookies are those that are being analyzed and have not been classified into a category as yet.
SAVE & ACCEPT
MORE STORIES

How Much Creamer In Coffee? Guide For Savvy Drinkers